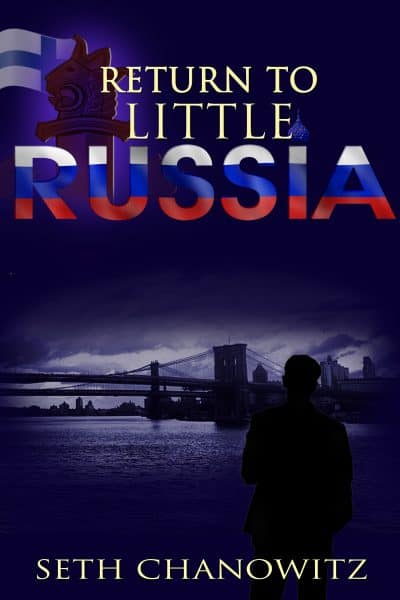 “Return to Little Russia” is an international thriller, written by a former spy, that takes readers on a suspense-filled journey from Finland to the ethnic neighborhoods of New York City, and drags them into the murky world of spies, immigration, and corruption.

“Return to Little Russia” is an international, mystery thriller inspired by true events that takes readers on a suspense-filled journey from Helsinki, Finland to the ethnic neighborhoods of Brooklyn, Manhattan, and the Bronx in New York City, and drags them into the murky world of spies, immigration, and corruption during the late 1990s. The novel encompasses action that takes place in Boston, New York, Washington DC, Helsinki, and Tallinn, and involves clandestine United States government and Finnish Security Intelligence Service operatives.

Maksim Feldblyum Issacovich, a Russian-speaking Jewish journalist working for Radio Finland born in Soviet occupied Tallinn, Estonia, is ordered to leave Finland and journeys back to his family’s home in Brighton Beach, New York (“Little Russia”). In New York City, he works for the beleaguered Immigration and Naturalization Service (INS) in Manhattan and as co-CEO of an exciting Internet start-up firm SPEEDNET New York, learns of his family’s oppression by the Soviet KGB, his future with a mysterious Helsinki-based academic named Sofia Valtonen, and discovers his life-threatening connection to a news story he reported on in 1997 detailing four dead Finnish peacekeepers in Kosovo, Yugoslavia.

“Return to Little Russia” provides great suspense and thrills when Maksim is forced to flee New York City after Albanian operatives target him. When Sofia appears mysteriously in New York and shows up in a meeting, Maksim becomes aware that circumstances are not what they seem. Who is on his side and how will he escape the violence targeting him?