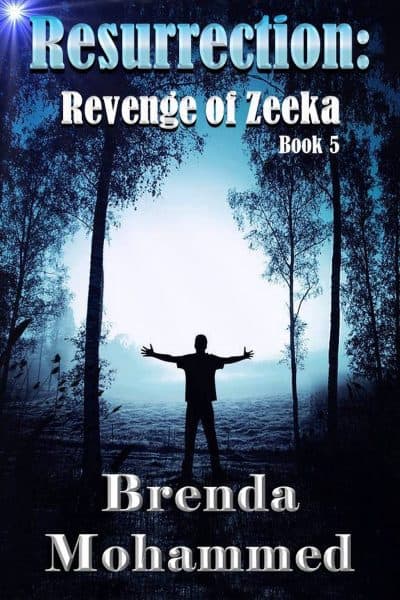 Mandy’s robot helper Eve encounters a stranger in the backyard who claims to have connections with Zeeka. Who is this stranger?

Mandy’s robot helper Eve encounters a stranger in the backyard.

He claims to have connections with Zeeka.

Who is this stranger?

When he learns that Eve is a robot, he discloses his story to her.

Eve promises him to keep their conversation secret, but can she?

‪She records it on her security device and plays it for Steven and Mandy. ‬‬‬‬

When he collapses in the backyard with an epileptic fit, Eve alerts the Gosh hospital, and tests and records reveal the stranger’s identity. Police records show that he died in the Carnival massacre in 2036, but did he?

Steven faces opposition to launch his greatest invention of the century.

Who will be the first volunteer to test it?

Get the book for all the answers.to the thrilling conclusion to the Zeeka series.