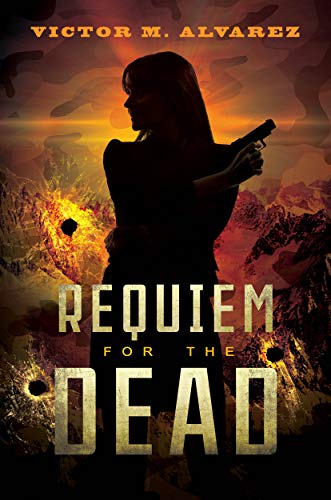 Requiem for the Dead

When Helen, the beautiful 16-year-old daughter of Army Chief-of-Staff for the European Command in Germany, goes missing, her father assumes she sped off on another adventures with her boyfriend. But hours later, her boyfriend’s body and a ransom note are discovered.

When Helen Chapman, the beautiful sixteen-year-old daughter of Army Chief-of-Staff for the European Command in Germany, goes missing, her father, Brigadier General Earl Chapman, assumes she sped off on yet another one of her adventures with her boyfriend. However, hours later the body of Helen Chapman’s boyfriend is discovered by German police on the side of the road—and a ransom letter is lying on the front seat of the young man’s car.

US Army CID criminal investigator, Special Agent Jacqueline Sinclair, and DIA Agent Tom Price are assigned to take the lead in the case by her chief on request of the Provost Marshal, Agent Sinclair’s father. She knows a SIR (Serious Incident Report) already filed through channels, will attract the close attention of higher command; they would watch Sinclair every step of the way. Later, Sinclair learns that they also kidnapped three other dependent children.

Their pursuit of the kidnappers will take them straight into the heart of the military establishment where conspiracy and intrigue are commonplace . . . and where truths are seldom spoken. Worse still they uncover a more sinister and diabolical plot—a plot to set off two nuclear Smart Bombs in Pyongyang—placing the North Korean Regime and the President of the Unites States, in its crosshairs.

They find themselves deep in enemy territory and the target of highly trained killers, tasked to threaten or even to shoot to kill—whatever it takes to conceal sensitive information. Bringing justice and staying alive becomes job number one as the duo finds their skills, and their courage tested under fire.