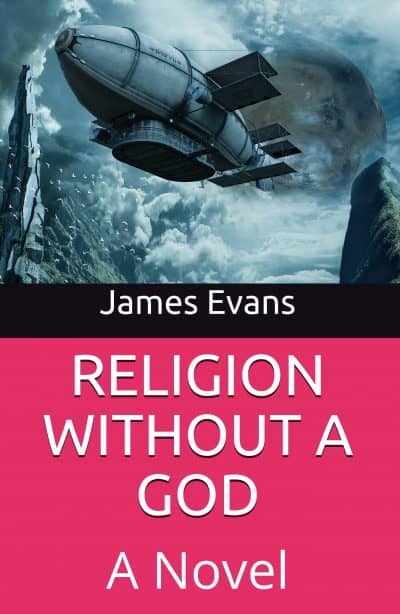 Religion Without A God (Humani)

A young anti-hero, a missing heiress, an ancient engineered virus resurrected. Hitchcock’s shadow is cast over an original space opera of quirky humor and deadly peril. “9.75 out of 10.” —The BookLife Prize 2021 from Publishers Weekly

“The characters leap off of the page . . . Evans’s prose sizzles with suspense and wry humour in equal measure . . . This exciting debut . . . Evans’s brave new world . . . is a remarkably timely social commentary bound up in a dramatic space opera.” —The BookLife Prize 2021 from Publishers Weekly

On a future world of aliens, sky-ships, robots, and socialist utopia, a young student encounters “fascist” non-believers as he searches for his missing girlfriend.

A boy soldier is drawn to witness a moment of Fate that will change the Universe forever.

A mad countess seeks an omnipotent Imperium from the distant past to save Humanity from extinction.

Hitchcock’s shadow is cast over an original, bittersweet tale of quirky humor and deadly peril . . .