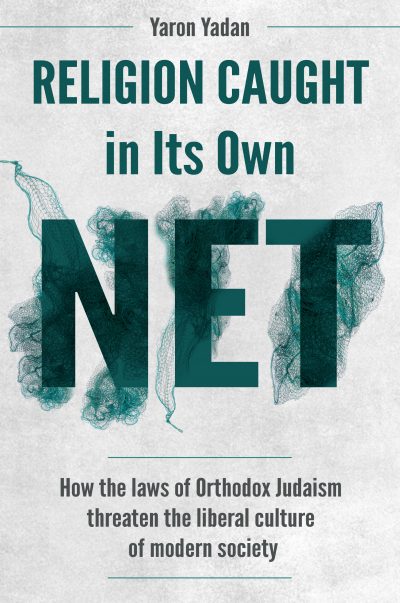 Religion Caught in Its Own Net: How the laws of Orthodox Judaism threaten the liberal culture of modern society

A must read to understand the religious concepts that control the lives of Jews, orthodox and secular. Whether they respect or hate religion, they are unaware that the problem is rooted in the religious worldview, and not in the people who live it.

The fascinating account of a former Rabbi about the effect of ancient religious laws on modern culture.

In the modern era, when equality, freedom, and happiness are man’s most important values, the harsh contrast with the ancient world of strict religious laws of Judaism, formed 1,500 years ago, is undeniable.

This book is a must read for anyone who wishes to understand the religious concepts that presently control the lives of Orthodox Jews, and in some ways, the lives of secular Jews as well. Whether they respect religion, hate it, or fear it, secular Jews are often unaware that the problem is rooted in the religious worldview as such, and not in the character or habits of the people who live it.

Some examples can be found in the now obsolete religious laws targeting anyone who is not observant: a permission to kill a secular Jew, a prohibition to save a non-Jewish life, a law that deems any non-Jew an untrustworthy liar, and many more.

Yaron Yadan is a special person. He is an expert on Judaism, having served as a Rabbi and the head of a Jewish religious seminar, and today he is a secular Jew who continues to learn and investigate the world he left behind. Through this unique book, Yadan opens for his readers a vista into the religious language and worldview and provides a basis of knowledge for anyone disturbed by questions of identity, religion, and nationality.