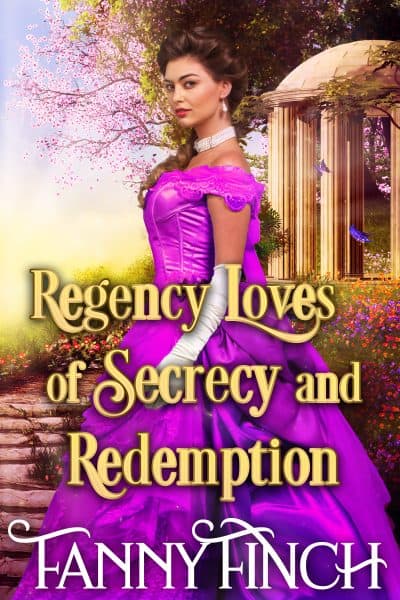 Ladies and Lords playing the most dangerous games: those of the heart . . . Over 590 reviews on the individual books!

The Mystery of the Iron Duke
When the Earl of Abingdon arranges a marriage for his beautiful daughter to the recluse Duke of Windermere, Catherine is determined not to pay heed to the strange rumors that are whispered about the man. She’s determined to discover the truth behind the stories and get to know the man behind the “beast.” But when his secrets come back to haunt them both, they must fight for each other, before the last rose petal of their love is shed . . .

His Cinderella Governess
Henry Radcliff, the Marquess of Whitecroft, accidentally meets a mysterious governess that manages to do what no other woman has: steal his heart. No one even remembers Lydia Stanley exists, as she has been reduced to nothing more than her little brother’s governess after her father passed away. Now, Henry must find a way to uncover the secrets she keeps and save his Cinderella before it’s too late.

A Duke’s Charming Spy
James Hastings, the Duke of Wallasey, is knee deep in betrayal and ruthless gossip, as he struggles to care for his mother. Alice Addington, may be the daughter of an Earl, but circumstances demand that she finds employment, in order to take care of her sister and save their family name. When the two of them cross paths at the point of no return, the secrets that brought them together rise to threaten what they fear to lose more than anything . . .