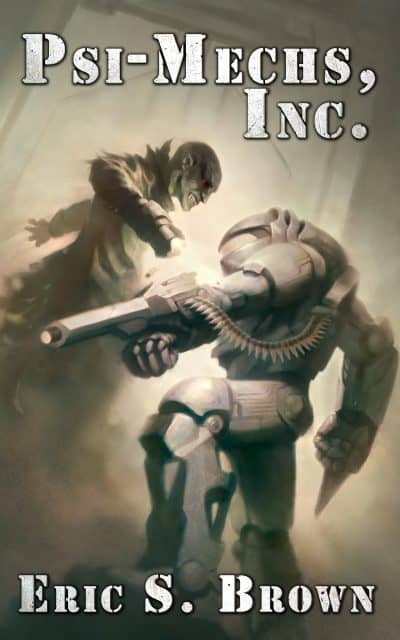 When things go bump in the night, the government calls Psi-Mechs, Inc. With a combination of technology and psi powers, they alone have the tools and training required to bump back.

Geoff Ringer was a police detective, who never wanted to be more than that. Although he knew he had a telekinetic talent, it wasn’t something he wanted anyone to know about. Even though his reticence made him a loner, he hid his power from his friends and colleagues. Using it also reminded him of that night, which he never wanted to think about again.

When a werewolf attack in the police station forces him to expose his talent to save the lives of his colleagues, Ringer is forced to flee to Psi-Mechs to hide. The company is at war, though, and Ringer finds himself on the losing side of a battle to the death.

Will Ringer and the Psi-Mechs team be able to defeat the ancient evil, or will it claim the Earth for all time? One thing is certain for Ringer—the time to hide is past. As Ringer learns to embrace his powers, only one question remains—will they be enough to turn the tide?

Psi-Mech, Inc. Because things do go bump in the night.