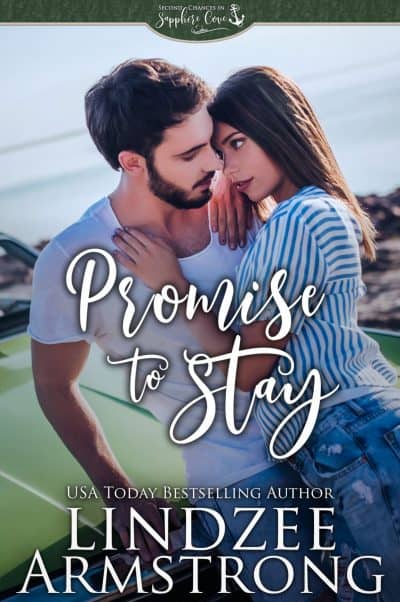 Can they take this second chance and make the right choice for their future?

For years, Aspen has avoided going home. But when a family emergency calls her parents away from Sapphire Cove, she agrees to spend spring break overseeing the renovations on the family inn. The timing couldn’t be worse—it’s only been a month since her fiancé called off their wedding, and she was supposed to spend the break on her honeymoon. But Aspen is convinced she’s finally strong enough to go home—as long as she doesn’t run into Dan, her high school boyfriend and first love.

Dan has never forgiven himself for breaking up with Aspen after her secret pregnancy and subsequent miscarriage, but he’s spent the last four years trying. Her interfering parents convinced him it was for the best, but Dan can’t move on. Now he’s back in Sapphire Cove where the memories assault him at every turn.

When Aspen arrives in town, she’s shocked to find that Dan is back, too—and foreman of the inn’s remodel. As they work together on the renovation, old feelings emerge while past hurts resurface. Can they take this second chance and finally make the right choice for their future?

This bite-sized small town romance can be read as a stand alone and comes with a guaranteed happily ever after. It features snappy dialogue, complex characters, and real-life obstacles.