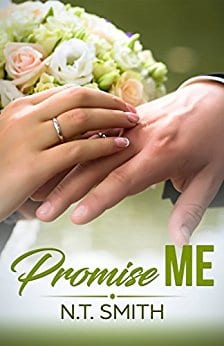 As childhood friends, Richard and Cynthia were inseparable. But nothing remains the same forever.

As childhood friends, Richard and Cynthia were inseparable. But nothing remains the same forever, and Richard is forced to move to Queensland with his family. Maybe it is true what they say about distance and the heart growing fonder, because as the years start to speed by, Richard and Cynthia realize their feelings for each other go beyond simple, childish friendship.

Deeply in love, Richard decides to surprise Cynthia, but instead of the happy reunion he envisions, Richard receives a devastating shock. One which changes everything and makes him disappear from Cynthia’s life.

Years later, both of them are still trying to forget the other, and fate decides to play its hand. Under the guise of a party and too much drink, both Cynthia and Richard find each other again. Desires are spoken and fantasies come true and they both give in.

But everything has a consequence, even pleasure, and when Cynthia finds out she is pregnant, the truth of their identities is revived. Hard decisions and choices will be made, but even with his old feeling of betrayal, could Richard give up his first love again? And for Cynthia, is the boy she loved the same as the man she marries? Can they survive their past to actually build a future under the stars?