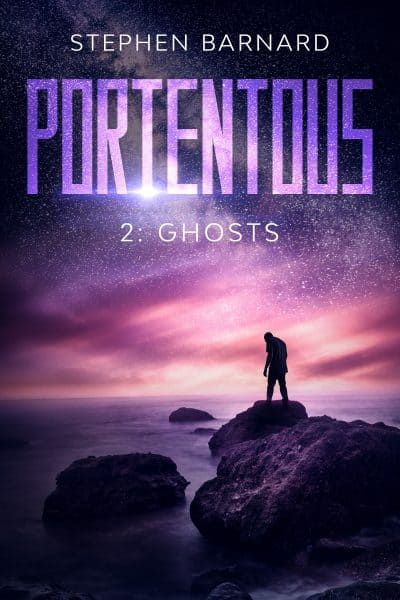 The Dais brothers have fled Star East One. An untrusted marshal runs the settlement. The Dais children are missing. There are secrets - in the Centre and in the far reaches of the west. The saga continues... Portentous 1: Brothers also available.

The sequel to ‘Portentous 1: Brothers’ and Book Two of the Dais family trilogy.

Wexlen Dais has fled the settlement where he once was governor. His brother, Paxlan, is with him. However, they have no idea where the children are, or what to do next.

Back in Star East One, the people are learning to live without their governor, under the rule of the new marshal. Yet there are those who want to resist. Doster must seek them out, as well as evade capture himself, if he is to honour his former employer and outlawed friend.

And as they travel west, to the outer reaches of the land, there is much to learn for Wex and Pax, as well as new allies and enemies to encounter. The key to their future may well be the ghosts of the past.