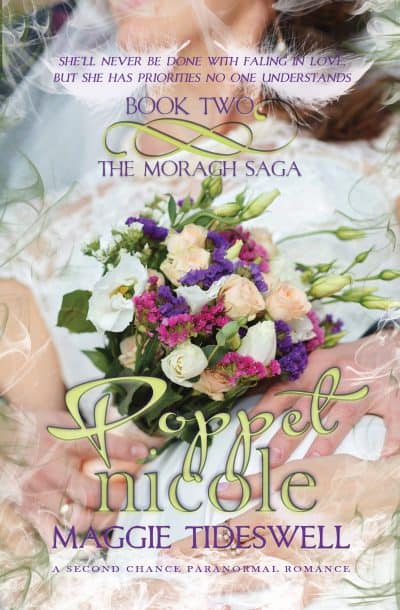 She’ll never finish falling in love, but she has priorities no one understand—revenge for the abominable way Joshua, her fiancé treated her. Only then will she be able to concentrate on Ned, the father of her unborn child.

She’ll never finish falling in love, but she has priorities no one understand.

Nicole’s story continues in Poppet Nicole. Will she get her revenge for the abominable way Joshua, her fiancé of four years, treated her when he brought home a stranger he introduced as his wife?

Even though she’d admit it to no one, Nicole knows she made a hash of things. She should have married Joshua when she had the chance, but instead, she’d gone and fallen pregnant by another man. And then her father disinherited her, leaving everything she’d been brought up to expect to own one day, to Joshua, with the instruction to marry Nicole within a month. As he isn’t really married to Holly, nothing is standing in his way.

Without warning, Ned, the father of her unborn child, comes back into her life to complicate everything. Him, she wants with a passion, but first, she has to reclaim her inheritance. Joshua has no choice but to marry her as her father instructed. Then she’d divorce him and claim half of everything he owns. As an independently rich woman, she’ll let Ned sweep her off her feet.

Just how far is Nicole prepared to go to get her own way? Will Ned stand by while she tries to ruin another man’s life?