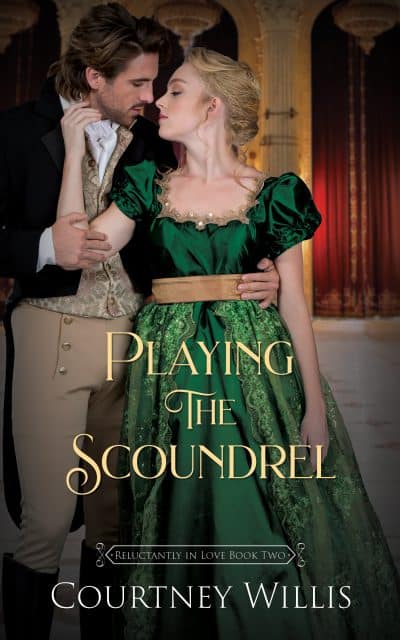 She’s out to teach this scoundrel a lesson, and he’s out to win her heart . . .

Emma Follett had no hopes out in society with a fallen sister ruined by a rake, but she receives one last chance with help from her grandmother’s society-savvy friend. Now wary of gentlemen in society, Emma is horrified when a roguish man charms and rejects her friend, then turns his attention to Emma. That’s when she decides she’s had enough—Emma is determined to play his game and have her revenge.

Henry Godwin is a known rake and wears the title with pride. Despite family pressure to settle down, Henry is determined to remain a bachelor for life. That is, until he meets the feisty Miss Follet, and believes her to be a worthy opponent, perhaps even someone worth changing his ways. But when her true intentions are revealed, his hopes are shattered, which inspires him to devise a plan of his own.

As Emma begins to see a change in Henry, she wonders if she should give him another chance, or if it will be her ultimate downfall. In a battle of wit and will, when they start falling for each other’s games, who will come out the victor?