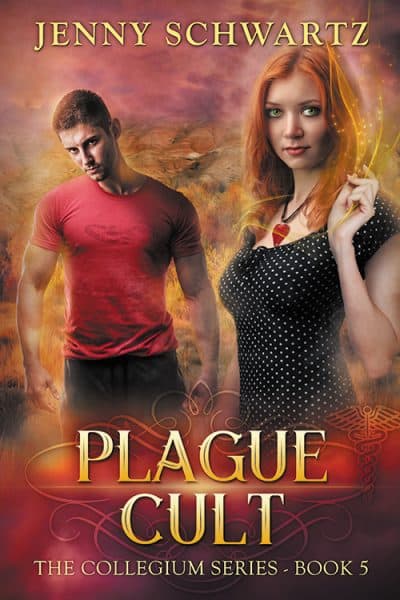 In a small Texas town a desire for love becomes a curse that could unleash a deadly plague. A haunted house romance in which a healer and a former marine must mesh their magicks (and their hearts?) to save the home town that rejected her.

In a small Texas town a desire for love becomes a curse that could unleash a deadly plague.

Ruth Warner is estranged from her family. She loves them, but her magic makes her an outsider in Bideer, Texas. Ruth has built a new life in New York. She’s a healer at the Collegium, respected and . . . lonely. Sometimes, you have to go home.

Ruth’s boss orders her to Bideer after a local coroner reports a suspicious death. Could the new cult in town, a lonely hearts club, be playing reckless games with a death curse?

But if Ruth is going home, she’s not going alone.

Shawn Jackson is a Collegium guardian, a mage trained to fight evil. He’s also a man accustomed to keeping secrets. He’s a hollerider, a huntsman; one of those who birthed the legend of the Wild Hunt. When he unleashes his magic, terror rides with him.

As evil stalks an innocent town, the dedicated healer and battle-hardened marine must heal their own broken hearts to prevent a devastating plague.
Warning: “Plague Cult” includes a haunted house, an unconventional ghost, and a home renovation love story.

If you love your paranormal romance fast-paced, intense and chilling, “Plague Cult” is irresistible.