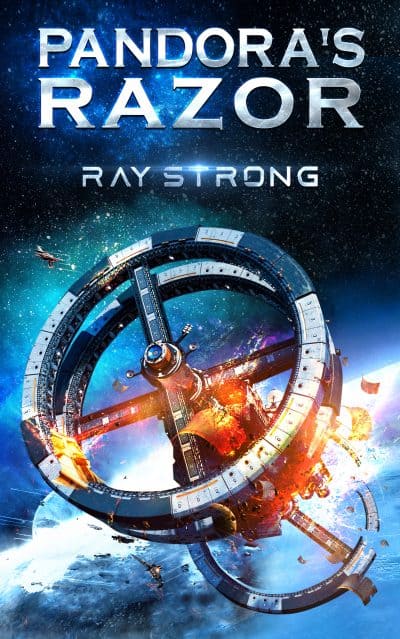 Centuries of tyranny loom for their far-star colony as Meriel, John, and her crew fight their way across the galaxy. But to survive, Meriel must face the inner demons she’s been running from, and the monster who created them.

In 2188, Meriel Hope blew up the conspiracy to conquer the far-star colony of Haven and toppled a corrupt galactic regime—all to save her family.

Now they want to kill her. Again.

After surviving her parents’ murder and a ten year crusade to silence her, Meriel built a quiet life with John and stepdaughters.

So what could go wrong? Everything.

Riots erupt in Haven’s overcrowded refugee camps, and coyotes dump immigrants in the desert. Criminals who prey on the innocent claim her home world—and its citizens—as their own. And they’re not afraid to destroy a space station or a colony to get it.

But when Meriel gets in their way, they come for her family, and the time for hiding is over.

Centuries of tyranny loom as Meriel, John, and her crew fight their way across the galaxy. But to protect the ones she loves, Meriel must face the horrors she’s been hiding from, and the monster who created them.