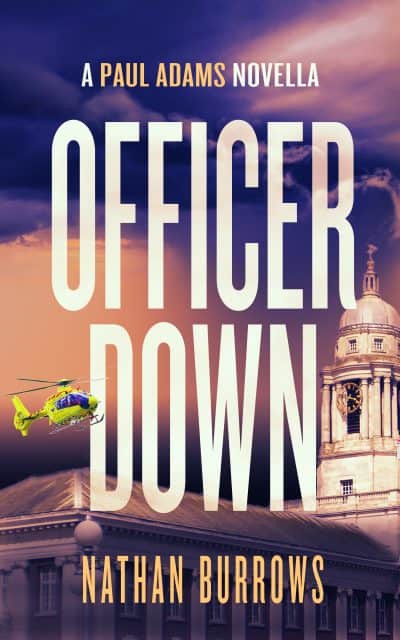 A companion piece to the British Military Thriller series.

Paul Adams’s nursing shift at the Norfolk & Norwich Emergency Department is coming to an end when a case comes in that marks the start of a sequence of events that leave him questioning everything about his life. Something’s got to give, but the question is, what?

Seriously considering a change of direction, Adams finds himself at Royal Air Force Cranwell a few weeks later where RAF medic, Lizzie Jarman, has just started her new career. Having just graduated from RAF Halton. It isn’t long before she realises that life in the Armed Forces isn’t what she thought it would be. Basic training was tough, but real life in the British military is even tougher for very different reasons.

Convinced he’s flunked the initial interview, Adams is resigned to civilian life when his services—and Lizzie’s—are required urgently. When their paths finally cross, the stakes couldn’t be higher. But will their combined skills be enough to save a man’s life?

Introducing Paul Adams and Lizzie Jarman from the British Military Thriller series, this novella is a companion to the main series and introduces readers to the two characters when they meet for the first time.