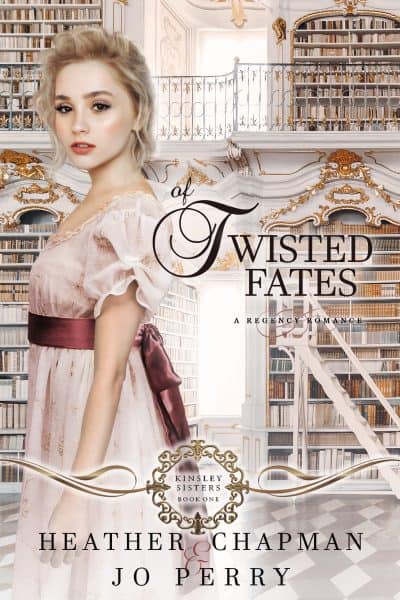 Fate twists together the daughter of a country physician and a young man of means, but does fate mean to bring them together or tear them apart?

Isabelle Kinsley set out to her first, and only, season of London in hopes of securing an advantageous match for herself and, consequently, providing more possibilities for her two younger sisters. The small pool of suitors in their seaside village of Bridlington offer very little in the way of suitable companionship. Isabelle quickly learns, however, that daughters of country physicians are not considered suitable for gentlemen of means. Discouraged, Isabelle believes a house-party invitation from Anna Somerville, a wealthy and accomplished friend, is her last providential hope—until she realizes the man she has come to care for is the desired match of her friend.

Simon Windham has spent the last two years of his life on a tour of Europe, in part hoping that Anna, the younger sister of his best friend, would finally find interest in a gentleman other than himself. He is not so fortunate, however. Upon arriving at Haven’s Landing, Simon immediately befriends Isabelle, the strange young woman he met in a London bookshop. Their connection is immediate, but to seek out her attention would be to not only betray long-time family friends, but his parents expectations as well.

As the month-long party draws to a close, Simon and Isabelle struggle to overcome their feelings for one another. Has fate thrown them together to secure their happiness or their misery in knowing their match would mean the unhappiness of others they love?