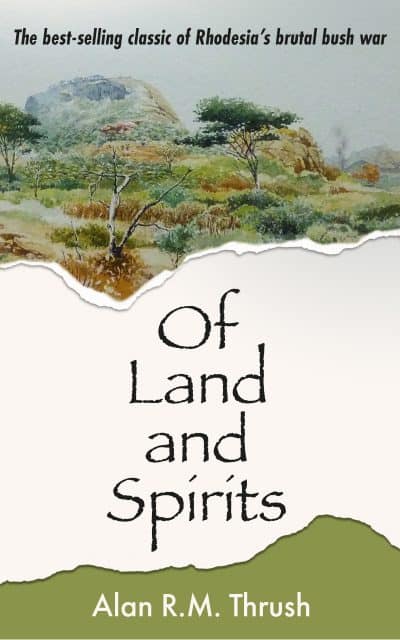 Of Land and Spirits

Battle action from the African bush—an authentic story of rebellion and the end of Empire. The Rhodesian Army fights a war it cannot win; the rural population is lost to the guerrilla onslaught. On both sides, there is bravery, cowardice, comradeship, and loss.

March 1980: a time of turmoil as white rule ends in Rhodesia, a rebel colony riven by a war that has cost 35000 dead. In the humid, pre-dawn gloom, Rhodesian Army units are poised to attack assembled guerrilla forces. Results of the internationally supervised elections are seeping through: an overwhelming vote for Robert Mugabe. In camps across the country, guerrillas stand to their weapons, waiting for the napalm to come crashing and burning into hut, trench, and bunker, waiting for the soldiers, pouring down from the sky.

This is the story of the five years of war leading to the birth of Zimbabwe, of Andrew Scott and others of the Rhodesian Army as they fight with great skill a war they cannot win, of a rural population and the spirit mediums won over by Jason Mavunha and other guerrillas who fight for the ancestral land.

Nowhere has the weariness of war been better portrayed, with its numbing boredom interspersed with gut-wrenching excitement. There is bravery, cowardice, comradeship and, above all, the loss that comes from civil war.