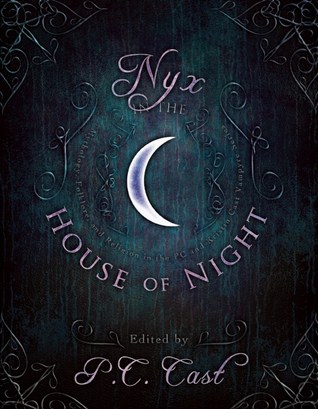 Nyx in the House of Night

The House of Night is no ordinary school—and not just because it’s for vampyres. It’s a place where magic, religion, folklore, and mythology from multiple traditions meet and meld to create something incredible and new.

Travel with P.C. Cast as she gets her first tattoo in Ireland, climbs the ruins of Sgiach’s castle, and discovers the lore that led to the Isle of Skye vampyres. Read Kristin Cast’s defense of women in history and mythology who, like Zoey, have made a practice of juggling multiple men. Sit in on a vampyre lecture by Bryan Lankford, the real-life basis for House of Night instructor Dragon Lankford, on the parallels between Wiccan and vampyre circle rituals. Tour Tulsa’s House of Night landmarks with local Amy H. Sturgis.

Nyx in the House of Night also includes an appendix of character names that reveals the myth behind Zoey’s last name, which House of Night cats have ties to Camelot, Egypt, and Middle-earth, and more!