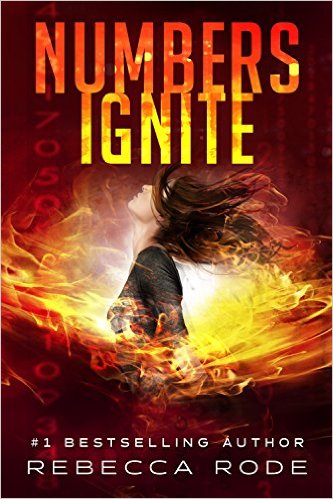 Treena thinks she’s escaped the numbers game forever, but there’s a danger much greater than NORA, and she’s just abandoned her people to their fate. Meanwhile, Vance is the only one who can save his people from a madman—if he can keep from getting executed first.

After Treena’s disastrous attempt to unite the nation, she has the deaths of hundreds haunting her dreams. Now, with hatred and accusations following her past the border, she’s determined to leave that horrible day behind and find a peaceful, uneventful life with Vance and the settlers. But when she starts seeing mysterious figures hiding in the abandoned cities at night and uncovers a strange desert population, she realizes there’s a danger much greater than NORA to worry about—and she just abandoned her people to their fate.

Vance is a prisoner. Being rejected by the girl he loves and put on trial for betraying his clan are bad enough, but now he’s been framed for a crime he never committed. Their less-than-perfect refuge has become the political game of a madman, and Vance is the only one who can stop it—if he can keep from being executed first.

Treena and Vance are still very much in the game, and this time it will take everything they have to save those they love.

NUMBERS IGNITE is book two of the Numbers Game saga. Readers who enjoy action-packed sci-fi mystery and romance will love this futuristic thriller from a #1 bestselling author.

PRAISE FOR THE NUMBERS GAME SAGA:
“Offers new things to the world of YA and there is much to look forward to in the next books.” ~In’DTale Magazine

“Gripping, from beginning to end . . . a tale as action-packed as Divergent yet as introspective as The Giver. . . . Sure to be an instant classic in the genre.”
–R.J. Craddock, author of The Children of Cain series