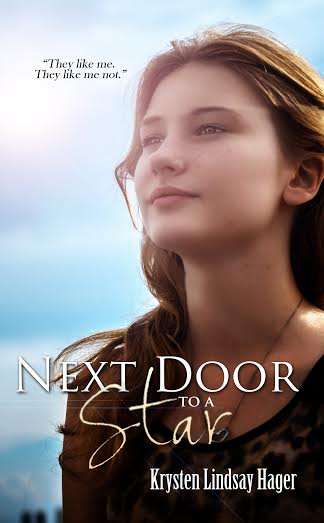 Next Door to a Star (Star Series Book 1)

Hadley Daniels moves to a beach town and finds herself living next door to a teen TV star. It’s fun and flattering when TV star Simone includes Hadley in her circle, but when Nick Jenkins comes along, the mean girls fill his head with lies about Hadley.

Hadley Daniels is tired of feeling invisible. After Hadley’s best friend moves away and she gets on the bad side of some girls at school, she goes to spend the summer with her grandparents in the Lake Michigan resort town of Grand Haven. Her next door neighbor is none other than teen TV star Simone Hendrickson, who is everything Hadley longs to be—pretty, popular, and famous—and she’s thrilled when Simone treats her like a friend. But being popular is a lot harder than it looks.

It’s fun and flattering when Simone includes her in her circle, though Hadley is puzzled about why her new friend refuses to discuss her former Hollywood life. Caught up with Simone, Hadley finds herself ignoring her quiet, steadfast friend, Charlotte.

To make things even more complicated, along comes Nick Jenkins . . . He’s sweet, good-looking, and Hadley can be herself around him without all the fake drama. However, the mean girls have other ideas, and they fill Nick’s head with lies about Hadley. Is this really what it’s like to live . . . Next Door To A Star?