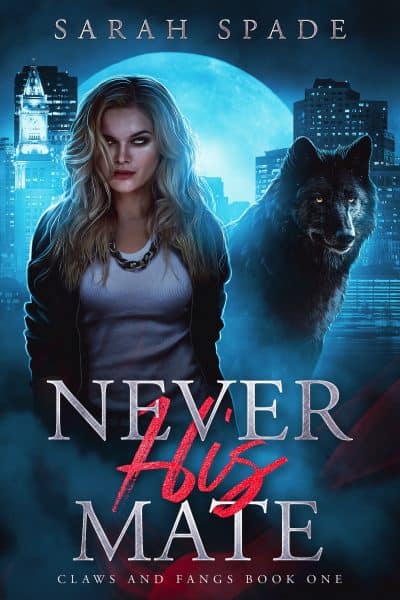 A year after Ryker rejected her in front of his pack, Gemma is shocked when her fated mate returns to make things right. She has no interest in taking him back—but it may be impossible to resist the alpha shifter . . .

After my mate rejected me, I wanted to kill him. Instead, I ran away, which nearly killed me . . .

A year ago, everything was different. I had just left my home, joining the infamous Mountainside Pack. The daughter of an omega wolf, I’ve always been prized—but not as prized as I would be if my new packmates found out my secret.

But when my fated mate—Mountainside’s Alpha—rejected me in front of his whole pack council and my secret got out, I realized I had one choice. Going lone wolf was the only option I had, and I took it.

Now I live in Muncie, hiding in plain sight. If the wolves ever left the mountains surrounding the city, I’d be in big trouble. Good thing that the truce between the vampires and my people is shaky at best, and Muncie? It’s total vamp territory. Thanks to my new vamp roomie, I get a pass, and I try to forget all about the call of the wolf. It’s tough, though. I . . . I just can’t forget my embarrassment—and my anger—from that night.

And then he shows up and my chance at forgetting flies out the window.

Ryker Wolfson. He was supposed to be my fated mate, but he chose his pack over our bond. At least, he did—but now that he knows what I’ve been hiding, he wants me back.

But doesn’t he remember?

I told him I’ll never be his mate, and there isn’t a single thing he can do to change my mind.

To Ryker, that sounds like a challenge. And if there’s one thing I know about wolf shifters, it’s that they can never resist a challenge.

Just like I’m finding it more difficult than I should to resist him.