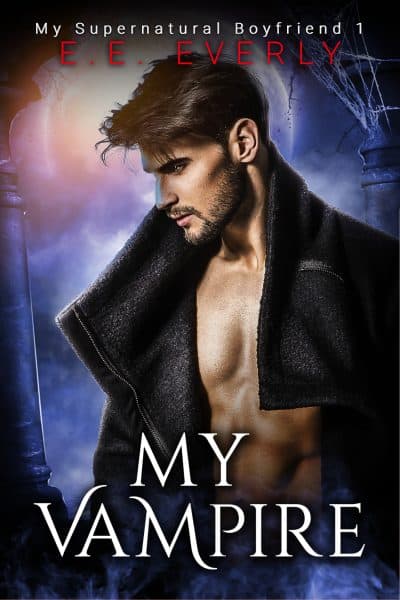 My Vampire (My Supernatural Boyfriend Book 1)

A woman’s brutal murder in Sasha’s dorm spirals a hunt for an amulet that has demonic powers, and Sasha and Killian are stuck between the feuding demons and vampires who are determined to possess the amulet’s secrets.

He craves my fae blood,
an elixir supernaturals can’t resist.
One taste could send him into a frenzy, but I can’t stay away.
He is, after all, my vampire.

Cursed to spend the next eighteen years on Earth, Sasha has nowhere to hide from the demons and vampires who desire her rare fae blood. She’s had too many close calls. Too many supernaturals want her blood.

Including one particular vampire—Killian. He saved Sasha’s life despite his own thirst for her, and now she can’t shake him.

But he’s grown on her.
Stalks her.
Leaves her steaming mugs of cocoa in the quad.

When the demons slaughter a girl in the college dorms, Sasha and Killian are stuck between a feuding vampire coven and demon horde. They all seek a magical amulet with untold powers and are not above using Sasha to get it.

But Sasha must find the amulet for her own protection—before she ends up on the wrong end of a demon’s blade or, worse, has her throat ripped out by the vampire she calls hers.

You’ll love the sizzle and sparks that fly as Killian and Sasha face off with demons and vampires in this sensational urban fantasy that will have you craving your own supernatural elixir.

Book one of My Supernatural Boyfriend Duology.