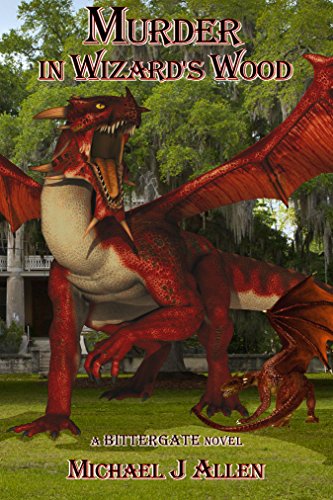 For centuries, peanut farmer Jedediah Shine has protected secret preserves of Wild Fey from humanity and has shielded modern humanity from bloodthirsty Fey. But now unknown factions from both are dropping fresh corpses on his lawn, leaving him holding the body bags.

A vengeful mercenary company resurrect an ancient blood feud. Forewarned against direct action, the Namhaid orchestrate a subtle plot pitting the wizard against law enforcement agencies. Rebellious young centaurs challenge borders guarded by the wizard to keep them hidden. They unleash a genocidal war on humanity and the Guardians keeping them caged. Unwitting pawns of a deeper menace, both serve a greater plot to rob Jedediah of magic’s deepest secret.

In order to protect his loved ones and the Golden Gate to magic’s source, Jedediah must stop the Namhaid, clear his name and avoid ending up a snack. When all seems lost, a seemingly desperate enemy offers Jedediah a key to unraveling all. Could it merely be the bait on the most sinister trap yet? Does he have a choice? What will it cost to stop the murders in his wood?