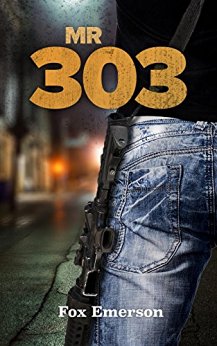 As the Super-Cyto virus sweeps the globe and kills 90% of the world’s population, survivors begin to realize the new world will be nothing like the one they’ve lost. Will Mr 303 help them brave a new and uncertain future?

Are you ready for the coming apocalypse?

Bella is an Australian student at Oxford University who meets Mr 303 for the first time. When she is wrongfully arrested in Amsterdam, he comes to her rescue and takes her to Australia, just as the deadly virus begins to take hold on the world population. Will they be safe in the outback?

Herbie reunites with his childhood sweetheart after many years, but the virus suddenly threatens to take her away again.

Sian is the queen of pop and at the top of her game; she is used to getting her way and being in control. When the virus kills all those around her, she is left to fend for herself and she realizes that she doesn’t know how.

Chris thinks the end of the world might not be a bad thing, especially when he finds himself stranded in Italy with a woman who loves to cook. Problem is, she doesn’t speak English and he doesn’t speak Italian.

As the virus decimates the world population, 10% of the population are left to pick up the pieces. But what is left? Can they survive alone and without the infrastructure they’re so accustomed to?