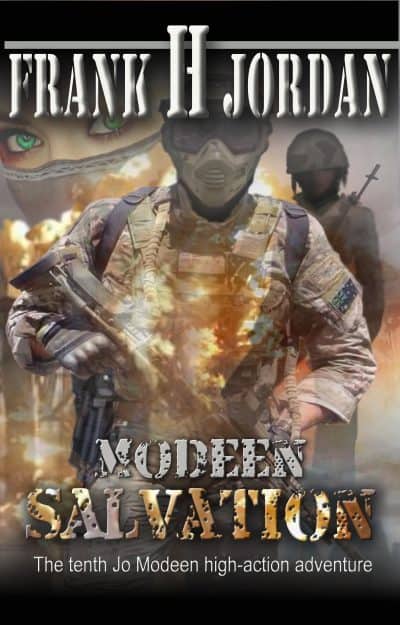 Camp Russell, Afghanistan: a tall figure melts into the mirage shimmering on the desert horizon. In Australia, Jo Modeen is mission-deep in the midst of a global pandemic, and concerned by Ben’s prolonged absence. This is not like him. He needs to be found. And soon.

Camp Russell, Afghanistan. A tall figure strides out of the compound to melt into the mirage shimmering on the sun-baked desert horizon.

Back home in Australia, Jo Modeen finds herself burdened with new responsibilities and dealing with a crucial mission in the midst of a devastating global pandemic. Ben Logan sure left some big shoes to fill while he recovers from injuries sustained in their last mission. If true to form he’s bound to return to Australia ASAP, so why has there been no sign he intends to leave Afghanistan? No sign of him in the camp or anywhere, in fact?

Were the rash actions he took during their last mission an early warning signal? Given the treatment he has received from the Australian press and the ADF, and the fallout from their relentless vilification, is it possible Ben has fallen victim to PTSD, the deadly affliction sending so many of his fellow returned servicemen to early graves?

If he is indeed in the grip of that insidious disorder, it could send him spiraling out of control. And that would be a highly dangerous prospect . . .

He needs to be found.

Modeen: Salvation is the 10th book in the high-action Jo Modeen series. The stories in this series can stand alone but are best enjoyed when read in sequence.