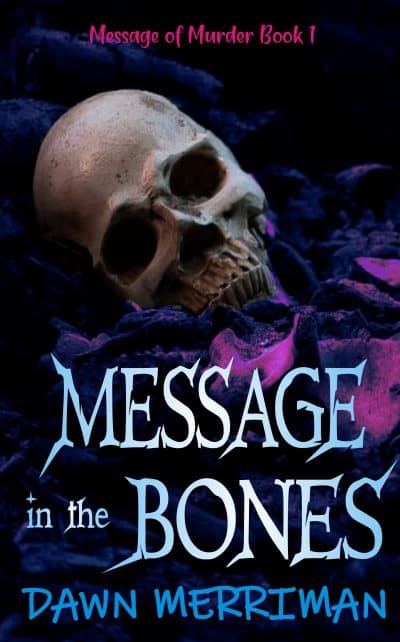 Message in the Bones (Message of Murder Book 1)

When long-buried bones are found, only Gabby can help find out what happened. But the only one who believes Gabby’s visions is the killer who now hunts her.

Long-buried bones have secrets to share—if you know how to read the message.

A killer in a clown mask—a deadly chase through a corn maze—psychic visions of murder. A non-stop thrill ride until the very last word.

Freak is a nasty word, but many people in this small town have no trouble calling me a freak, or worse. The night my father was murdered and I was left for dead, I awoke with the ability to “sense” things. Touching certain items often gives me visions, sometimes horrifying ones. Most people here are afraid of that kind of thing—afraid of me.

Especially my brother, Dustin. As head detective of the River Bend police department, he’d rather pretend I don’t exist than believe in my gift. When he finds the long-buried bones of a murder victim, his only hope for answers is to ask me for help. He’s not happy about it.

I normally hide my abilities from people, but the mysterious skeleton had a story that needed to be told. When I touched the bones, I saw what happened to her, lived through her murder. That vision changed me—changed everything.

No one wants to believe what I saw. Instead of a helpful hero, I become even more of an outcast in my small town. The only person who truly believes is the one man who knows the truth of my visions—the killer—and he’s desperate to keep his secrets buried.

Now he hunts a new prey: me. I don’t need psychic powers to know he’s right behind me—closing in—about to strike.