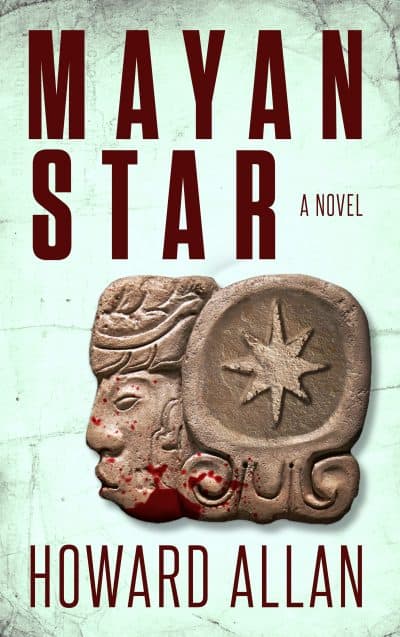 A 1500 year old Mayan codex threatens conventional accounts of the discovery of the Americas. Or—and this is the only other possibility—something is radically wrong with Christianity’s notion of itself.

This much is true: In 1562 Diego de Landa burned all the Mayan codices and began a suppression of the Mayan religion that was brutal even by 16th century conquistador standards. What we don’t know is why.

Excavations at a recently discovered Mayan site near Valladolid in the Yucatan unearth a codex—the first to be discovered in over 50 years. A mangled body is found among the ruins. It belongs to Father Colvin McNeery, an expert on the Gospel of Matthew, the only Gospel to mention the Star of Bethlehem. The local police say he was killed by a jaguar.

Dr. Isabel Reyes, renegade daughter of one of the wealthiest families in Mexico, is called away from her clinic to issue a death certificate. She wonders, when she sees the claw marks, what sort of jaguar is left-handed?

Ex-rabbi and scholar Simon Press has just seen another of his controversial lectures on the spread of Christianity end in violence. He’s back at his hotel nursing a scotch when he gets the news that his friend and colleague, Colvin McNeery, is dead in the Yucatan. Press has always been resentful of Christianity’s success; what he finds in McNeery’s translation of the codex will allow him to get even.

Detective First Class Benito Rufino of the Antiquities Police is pulled off a sting he’s spent nine months setting up when he is ordered to Valladolid. He’s furious until he finds out why: a codex worth $500 million pesos is missing.

Leon Cortes—devout Catholic and a direct descendant of the Conquistador—has become drug overlord for all of the Yucatan because he believes his faith requires him to mortify his soul as his Savior mortified his body. Now he’s ordered by the Vatican to find the codex and send it to them.

The 1500 year old codex contains an account of a holy man, a savior who is born under a bright star to a virgin, performs miracles, dies a horrible death, and is resurrected. If McNeery’s translation of the codex is correct, then something is radically wrong with the conventional accounts of the European discovery of the Americas. Or—and this is the only other possibility—something is radically wrong with Christianity’s notion of itself.