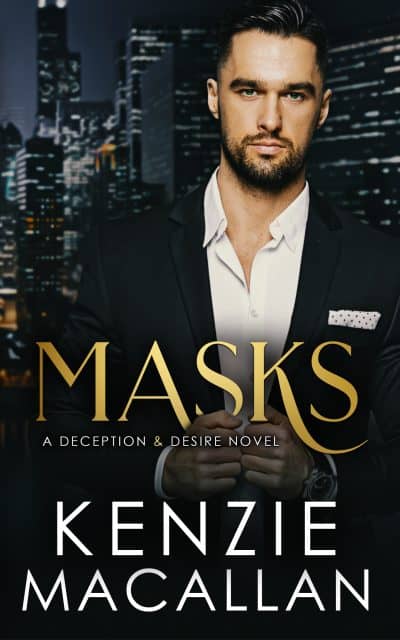 She’s investigating him. He’s accused of fraud. Will a sinister conspiracy ruin their shot at unforgettable love?

New York City. Fiery artist Raquelle Luccenzo craved her father’s approval of her work. So, after his murder, she’s determined to find out what happened. But when the clues lead to a suspicious CEO, painting his portrait could be the key to cracking the case . . . if she can keep her hands off the sexy exec.

Michael Raines is supposed to be taking over control of the company. But his overbearing father simply won’t let go of the helm. And the irresistible beauty commissioned to immortalize him is threatening to blur the lines between work and pleasure.

After the shocking discovery of her family’s criminal history, Raquelle is torn between her mission and her desire. And when the sins of his father land at the firm’s doorstep, Michael’s pulled into a fight to survive government prosecution.

Will Raquelle and Michael find their way to true love, or will their parents’ corruption destroy their lives?

Masks is the riveting third novel in the Deception & Desire romantic suspense series. If you like life-changing secrets, undeniable attractions, and complex conspiracies, then you’ll adore Kenzie Macallan’s sultry tale.

*This book can be read as a stand-alone