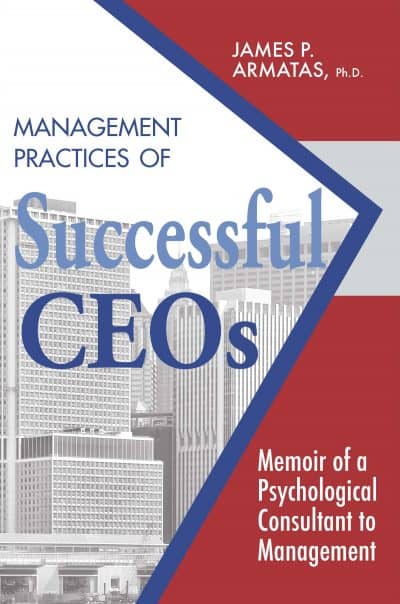 Management Practices of Successful CEOs: Memoir of a Psychological Consultant to Management

Over a fifty-year career as a psychological consultant to corporate management, James Armatas had long-term relationships with some of the most successful CEOs in America. This memoir profiles over twenty-five CEOs and their management and operational practices.

“Readers seeking a look into the minds of a diverse group of CEOs should find this well-organized, candid memoir revealing and pertinent.” —Kirkus Reviews

Over a fifty-year career as a psychological consultant to corporate management, James Armatas had long-term relationships with some of the most successful CEOs in America. Among their greatest achievements: the longevity of the companies they led.

With few exceptions, the companies are still in existence or have been successfully merged or sold at significant gain for their managers and stockholders. This memoir chronicles the performance of more than twenty-five CEOs and their companies, profiles the operational and management models critical to their success, and reveals the idiosyncratic accomplishments of these uniquely American CEOs.