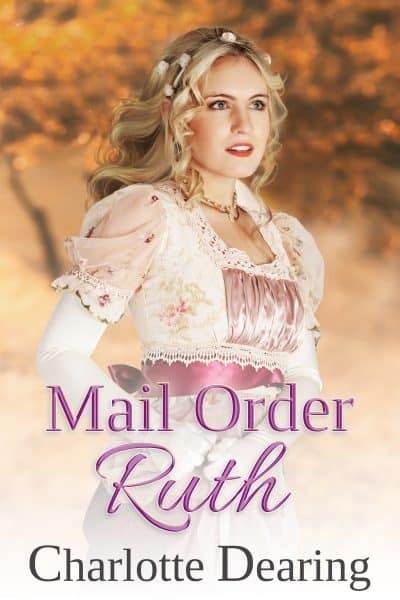 Ruth travels to Texas for a marriage of convenience and to care for a new baby, but her husband-to-be is a scoundrel, and Gideon won’t let Ruth marry the man.

Ruth travels to Texas to become a mail-order bride and to care for an orphaned baby.

She finds the child living in squalor. Worse, her fiancé is a rogue and probably a thief. With nothing more than her wits, she must fend for herself and the baby. Her only hope lies with Gideon, a gruff but charming cowboy. The tall, gallant Texan offers Ruth safety, a haven for her and the baby.Gideon set out to find his stolen money. Instead he finds a mail order bride, two ragged orphans, and a basket of striped kittens.

Gideon’s looking for a thief. The crook’s missing, but Gideon meets his fiancée, a lovely blue-eyed beauty. Ruth’s sassy and plenty exasperating. She cares for a tiny baby, and the two stir a protective instinct inside him. Before he knows it, he’s got more trouble than he can shake a stick at.

Ruth says she knows nothing about the stolen money. But is the girl as innocent as she claims?

A sweet, wholesome standalone romance with a heart-warming happily ever after.