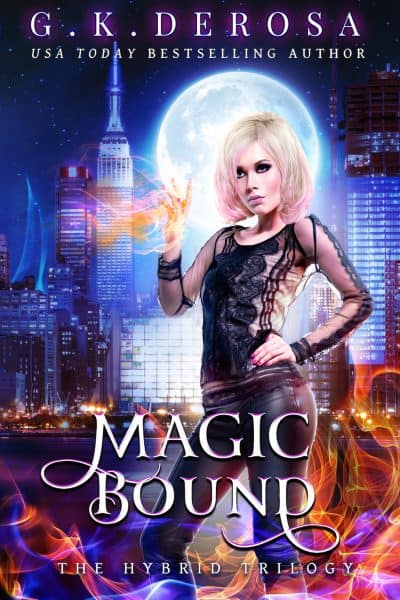 A young girl with new powers. An unstoppable supernatural hunter. A secret family history to be unraveled before it’s too late . . .

A young girl with new powers. An unstoppable supernatural hunter. A secret family history to be unraveled before it’s too late . . .

Meet Aria Negrescu—orphan, coffee shop barista, and apparently, supernatural. Fireballs just shot out of her hands, and she has no idea how. Magical abilities aren’t as cool as they sound when you have no control over them.

Now an unstoppable hunter wants her dead, and if she’s going to survive, she has to discover who she really is. To get a grip on her new powers, she needs to trust a mysterious stranger who always happens to show up right when she needs him. Trust, however, is not a word in her vocabulary—not after being abandoned so many times. Even if he is super hot. But none of that really matters because if she doesn’t master her powers and stop the hunter, she’s as good as dead.

A whole supernatural world existed right under Aria’s nose, and she’s about to become a part of it. Whether she likes it or not.

If you loved the magic of Beautiful Creatures and the epic romance of The Vampire Diaries then you’ll get hooked on Magic Bound, the spellbinding first book in The Hybrid Trilogy.