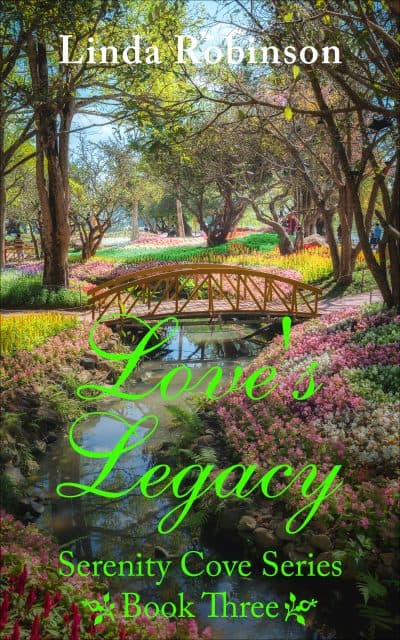 Is it possible for love to bloom again in the neglected garden of a broken heart? Two couples, four lives. Will loyalty or fate determine their destinies?

Losing her husband after ten years of marriage leaves a distraught Melissa Strong anything except strong. Loss is too hard, and she vows never to love again.

State trooper Danny Trawick enters the picture on Melissa’s way for an interview at Serenity Cove. A few weeks later, she begins dating him, but too soon he starts hinting for a more serious relationship. The biggest problem is Melissa is secretly attracted to Braxton Moore, a handsome sales rep she met at a business owned by her best friend, Roseanna Riley.

When Melissa discovers Braxton is Roseanna’s boyfriend, she makes excuses to avoid any event involving him for fear she’ll inadvertently reveal her attraction. For a while, the method works, but the close bond with her bestie suffers.

Not only does Melissa suffer guilt about having romantic feelings for someone other than her deceased husband, but she has another dilemma. Unless she can forever quell the unrequited love for a man who is clearly out of bounds, breaking Danny’s heart seems inevitable.