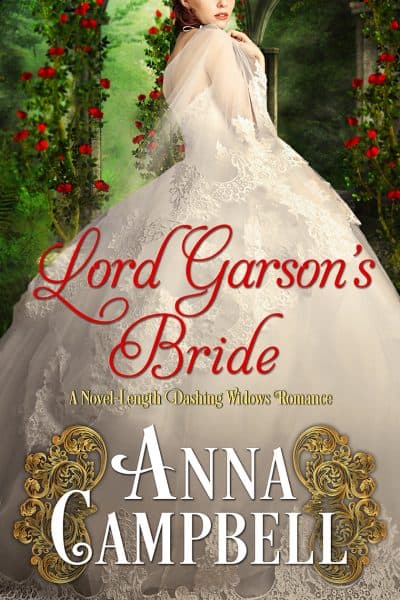 Since Lord Garson’s fiancée returned to the husband she’d believed dead, he’s become London’s most famous rejected suitor. He needs a convenient marriage to a lady who will cause no trouble. Luckily Lady Jane Norris is the perfect candidate—but things don’t go to plan.

Hugh Rutherford, Lord Garson, loved and lost when his fiancée returned to the husband she’d believed drowned. In the three years since, Garson has come to loathe his notoriety as London’s most famous rejected suitor. It’s high time to find a bride, a level-headed, well-bred lady who will accept a loveless marriage and cause no trouble. Luckily he has just the candidate in mind.

A marriage of convenience . . .

When Lady Jane Norris receives an unexpected proposal from her childhood friend Lord Garson, marriage to the handsome baron rescues her from a grim future. At twenty-eight, Jane is on the shelf and under no illusions about her attractions. With her father’s death, she’s lost her home and faces life as an impecunious spinster. While she’s aware Garson will never love again, they have friendship and goodwill to build upon. What can possibly go wrong?

From the first, things don’t go to plan, not least because Garson soon finds himself in thrall to his surprisingly intriguing bride. A union grounded in duty veers toward obsession. And when the Dashing Widows take Jane in hand and transform her into the toast of London, Garson isn’t the only man to notice his wife’s beauty and charm. He’s known Jane all her life, but suddenly she’s a dazzling stranger. This isn’t the uncomplicated, pragmatic match he signed up for. When Jane defies the final taboo and asks for his love, her impossible demand threatens to blast this convenient marriage to oblivion.

Once the dust settles, will Lord Garson still be the man who can only love once?