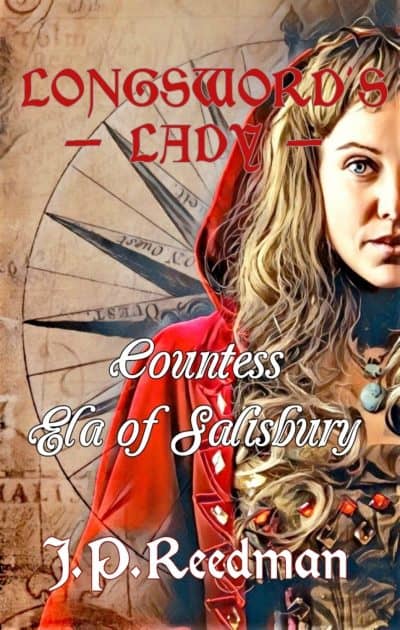 Ela—kidnapped as a child, sister-in-law to bad King John, cathedral founder, and lady sheriff. Not your average medieval woman!

Spirited away to France after the death of her father, the Earl of Salisbury, young Ela is soon found by a wandering minstrel and taken to the court of Richard Lionheart. Aged nine, she is betrothed to the King’s illegitimate half-brother, William Longsword, before being sent for education in the household of Eleanor of Aquitaine.

Some years later, Ela and William form a harmonious bond, despite their arranged marriage, and have many children, but their lives are always threatened by uncertainty. King John now rules, and William is his most loyal brother—and his enforcer.

When the King tries to seduce Ela while William lies in the dungeons of the fighting Bishop of Bouvines, at last he decides to change his allegiance from the brother he once loved who has now become a tyrant. He returns to the Plantagenet fold only on King John’s demise and the accession of his young nephew, King Henry III.

But war and strife is never far away, and on a journey from Gascony, William is shipwrecked and believed dead by most, barring Ela. Men of ambition start clamouring to wed the widowed Countess—and claim the earldom of Salisbury through marrying her . . .