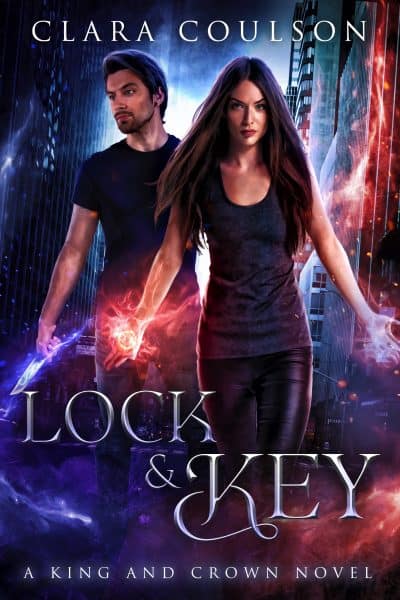 Kat King is on the run from the mysterious organization that kept her in a cage for two years. Wayward wizard Liam Crown is just trying to pay the bills. When a chance encounter unites Kat and Liam against the former’s magic-powered pursuers, chaos comes to town.

In a world forever changed by The Unveiling, where supernaturals revealed their existence to humanity . . .

Katherine “Kat” King is on the run.

Two years ago, she woke up in a cell, held captive by a mysterious organization known as Advent 9. Subjected to harsh experiments involving magic and mayhem, Kat struggled to hold on to her sanity.

But now, she’s escaped Advent 9’s grasp—and she intends to keep her freedom. Using the only two things that Advent 9 couldn’t take away: her unrelenting stubbornness and the kind of attitude that can make a grown man cry.

Liam Crown had it all once upon a time.

A star detective with a penchant for “magic tricks,” Liam’s life fell to pieces when an accident cost him his family—and his sobriety. Now he scrapes by with a PI license and spends most of his free time with a bottle in his hand.

But when a chance encounter with a strange woman makes him the target of a violent underground organization, Liam gets dragged out of his stagnant life and back into the danger zone he thought he’d left forever.

As the stakes begin to mount, Liam realizes that his old self is slowly coming back to life in the face of battle. Now all he has to do is survive the war.