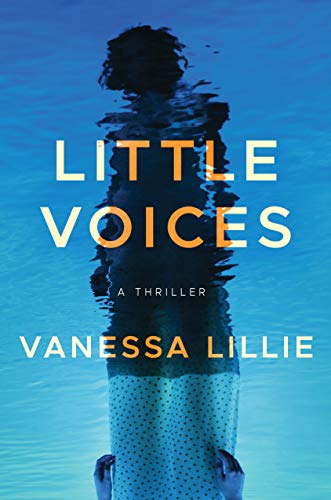 On the night Devon almost dies giving birth, her friend is murdered. Back home from the hospital, Devon is struggling but must use her skills as an attorney to investigate who benefitted from her friend’s death, leading her, baby in-hand, directly to the killer.

Set against the backdrop of Newport and Providence, Rhode Island, this page turner has one of the most shocking endings of the year. In its starred review, Publisher’s Weekly says “this superb psychological thriller is hard to put down.” Library Journal starred review calls it “fast-paced and psychologically complex,” and Little Voices has made numerous must-read lists, including Refinery29 (“wholly original”), Real Simple (“fantastic, page-turning debut”), and Bookish (“completely engrossing”).

The voice in her head says he’s guilty. She knows he’s innocent.

Devon Burges is in the throes of a high-risk birth when she learns of her dear friend’s murder. The police quickly name another friend as the chief suspect, but Devon doesn’t buy it—and despite her difficult recovery, she decides to investigate.

Haunted by postpartum problems that manifest as a cruel voice in her head, Devon is barely getting by. Yet her instincts are still sharp, and she’s bent on proving her friend’s innocence.

But as Devon digs into the evidence, the voice in her head grows more insistent, the danger more intense. Each layer is darker, more disturbing, and she’s not sure she—or her baby—can survive what lies at the truth.