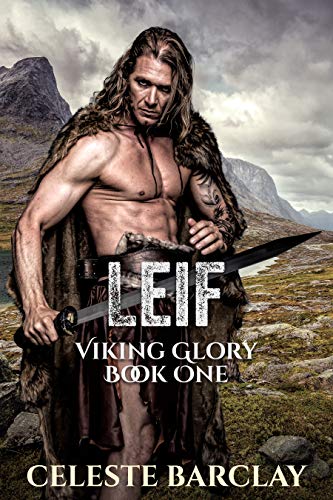 Fate brought them together. Free will binds them.

Leif Ivarrson wants nothing more than to enjoy the comforts of home after sailing for months. When a neighboring jarl arrives bearing news of a threat to their land and security, Leif knows there will be no rest for him. Tasked with finding and bringing back this jarl’s niece, Leif departs on a journey that fate designed but he chooses to carry out.

Sigrid Torbensdóttir’s visions have been both a gift and a curse since she was a young girl. Now a woman, Sigrid’s position as a seer puts her in danger when enemies seek to take advantage of her gift for their benefit and to keep her from saving her family. Sigrid knows she cannot defy fate, and when Leif comes to her rescue, Leif discovers destiny cannot be ignored.

Leif and Sigrid struggle to reconcile the future the gods have shown her with the shifting fate their enemies attempt to control.

Will a new love survive the tests of war and family? Can a match created by fate withstand the machinations of man?

Viking Glory is a steamy historical series that will transport you back to the world of the ancient Norse with brave heroes and even stronger heroines. The series follows the lives and loves of five friends. Brother and sister, Leif and Freya, along with their cousin, Bjorn, and their friends Strian and Tyra sail the seas and conquer hearts. This is a four book series where each book can be read as a standalone but is best read as part of the series.