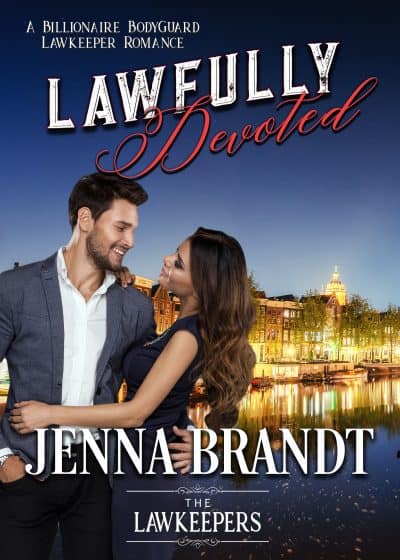 Can Erica and Zach find a way to get along for the sake of her protection? And will they finally give into the attraction that has been secretly simmering just below the surface? Find out in this enemies to lovers, opposites attract, rags to riches, billionaire romance.

Zach Turner is a dedicated search and rescue cop. The only wife he needs is his work wife, Aiden O’Connell, and his K-9 partner, Harley. That doesn’t mean he’s not into the ladies, because he totally is, but he doesn’t want anything serious. Casually dating is more his speed—that is until he meets Erica Cruz through Aiden’s wife. Something about her intrigues Zach, but she wants nothing to do with him because of his playboy ways and lack of faith.

Erica Cruz has a great life. She enjoys spending time with her best friend, Lindsay, serving at church with the junior high kids, and working as a dental assistant. The only thing missing is a good, Christian man in her life. She’s tried all the different ways of finding one from the church singles’ group to online dating, but she’s had nothing but bad luck. The worst of the worst is Zach, who she has avoided since she met him through Aiden, Lindsay’s husband. He’s done nothing but hit on her since they first met. All she wants to do is stay away from him, but fate has a different idea.

Erica never knew her father, so when he dies and leaves everything to her, she’s surprised. But when she finds out her inheritance is worth billions, surprise turns into shock as her world turns upside down. To make matters more complicated, she starts receiving threats against her life. As she digs into her father’s corrupt past, she realizes that money isn’t the only thing she’s inherited. She’s also gained a massive list of her father’s enemies and one of them is willing to kill her to set things right. Erica decides to reach out to her friends on the Clear Mountain Police Department, but the only person able to bodyguard her and go with her to Amsterdam to find out the truth is Zach.

Can they find a way to get along for the sake of Erica’s protection? Will they find out who is trying to harm her and why before it’s too late? And will they finally give into the attraction that has been secretly simmering just below the surface? Find out in this enemies to lovers, opposites attract, rags to riches, billionaire romance.