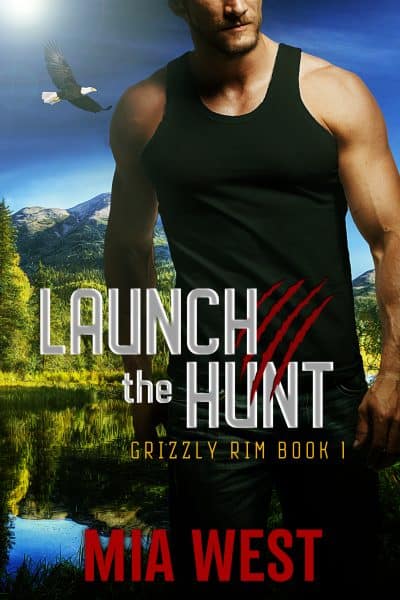 War vet Logan Maddox doesn’t expect to meet his match in John Tillman, the tall drink of water serving as his hunting guide . . . and who’s secretly an eagle shifter.

He never expected to raise his kid sister. She’s worth the sacrifices he’s made—education, career, lovers—but the empty nest is calling his name.

To save her college fund, John’s taking every run his plane can handle and doing his best to keep his shifting under the radar.

Then his latest job walks into the bar with a strange gait and velvety Southern drawl.

Army veteran Logan Maddox has given a lot for freedom.

After three tours, two new legs, and one long-overdue divorce, Logan has zeroed in on a single objective: a trip into Alaska’s back country, no distractions.

But fate has its own tactics, and the only pilot available is a tall, surly drink of water who’s gonna challenge every good intention Logan’s got.

Launch the Hunt is the first novel in the Grizzly Rim m/m shifter series.

Strap in for late-night tent shenanigans, chilly skinny-dipping, slow dancing with consequences, and a couple of rules just begging to be broken.