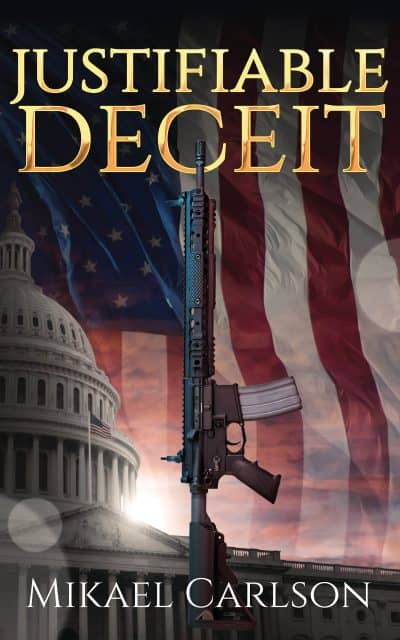 The truth is only revealed when you pull back the blanket of lies.

Ethan Harrington was a typical teenager when his world got turned upside down in the aftermath of the worst school shooting in American history. A year later, he has become the country’s leading gun control activist and a media darling.

When Ethan teams up with a powerful senator to push an extreme gun measure through Congress, a divided America watches the political fireworks in Washington. As both sides of the debate mobilize for an epic showdown, the public is about to discover that everything they know about the massacre that launched this movement may be wrong.

Journalist Tierra Campos and FBI Special Agent Victoria Larsen begin questioning the official investigation into the shooting and find themselves caught in the political crossfire. Despite public condemnation, covert activities, and physical violence meant to stop them, they remain undaunted in their quest—but at what price? With their careers threatened and livelihoods at stake, they must race to unlock the secrets behind this horrible mass shooting before the truth disappears forever.

Amidst the maelstrom of political agendas, personal vendettas, and brash cover-ups, the push to uncover the real motives behind the tragedy will have devastating consequences. Some lives will be ruined and others ended. When the dust settles, a shocked nation must make a fateful judgment: do the ends justify the means in politics, or is there no such thing as Justifiable Deceit?