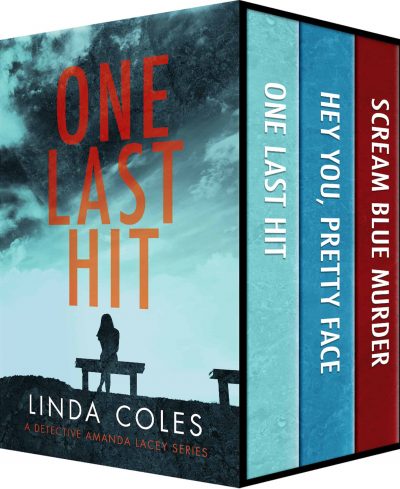 Discover the popular Detective Jack Rutherford and Amanda Lacey series. You won’t find a more likable partnership than this duo as they investigate crimes in South London. These 3 standalone books are a great way to meet them – prepare to be hooked. #BritishCrimeDrama

Here’s what’s in this collection:

One Last Hit
The greatest danger may come from inside his own home.

Detective Duncan Riley has always worked hard to maintain order on the streets of Manchester. But when a series of incidents at home cause him to worry about his wife’s behavior, he finds himself pulled in too many directions at once.

After a colleague at a south London station asks for his input concerning a local drug epidemic, he never expected their case would infiltrate his own family . . . And a situation that spirals out of control.

Hey You, Pretty Face
An abandoned infant. Three girls stolen in the night. Can one overworked detective find the connection to save them all?

London, 1999. Short-staffed during a holiday week, Detective Jack Rutherford can’t afford to spend time on the couch. With a skeleton staff, he’s forced to handle a deserted infant and a trio of missing girls almost single-handedly. Despite the work overload, Jack has a sneaking suspicion that the baby and the abductions are somehow connected . . .

Can he get them all home?

Detective Jack Rutherford’s instincts have only sharpened with age. So when a violent road fatality reminds him of a near-identical crime from 15 years earlier, he digs up the past to investigate both. But with one case already closed, he fears the wrong man still festers behind bars.

For Detective Amanda Lacey, family always comes first. But when a digger unearths a skeleton in her father-in-law’s garden, she has to balance her heart with her desire for justice. And with darkness lurking just beneath the surface, DS Lacey must push her feelings to one side to discover the chilling truth.

As the sins of the past haunt both detectives, will solving the crimes have consequences that echo for the rest of their lives?

If you like British crime dramas featuring ordinary people in extraordinary circumstances, then you’ll love these stories.