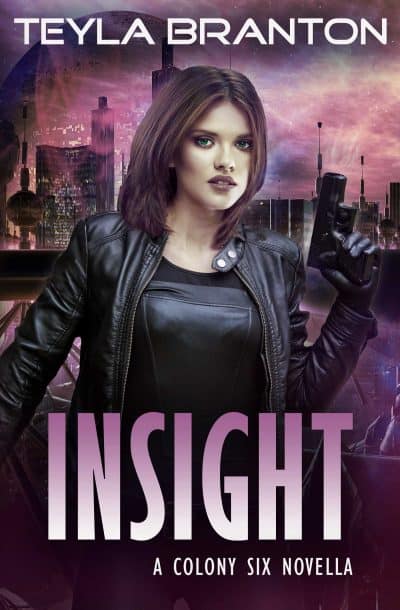 Detective Reese Parker is a survivor. But when one of her sketches puts her up against a human monster bigger than anything else that threatens the CORE, it’s a fight she might not survive.

(3) Moderate
Log in to submit or change your own rating.
Click or tap each bar for more details

Welcome to the CORE:
Commonwealth Objective for Reform and Efficiency

Detective Reese Parker is a survivor. Having left behind a violent past in Welfare Colony 6, she is now a sketch artist and detective with the New York Enforcer Division. Her entire focus is maintaining peace and order among the CORE’s remaining two million residents, to make certain their society never faces another economic and nuclear Breakdown.

She must also keep her secret. Because she never wants to be sent back to Colony 6.

With constant Teev surveillance and rigid control in the CORE’s most heavily populated state, Reese’s job mostly consists of tracing small-time juke pushers or sending rebellious students to reconditioning. She doesn’t have to face demented fringers that encroach upon the Core like her counterparts in Dallastar do, or patrol the northern borders where radiation-crazed animals attack unwary travelers. She’s content with being the most accurate sketch artist in the CORE.

But when one of her sketches puts her up against a human monster bigger than anything else that threatens the CORE, it’s a fight she might not survive.

Note from the author

This novella is part of my Colony Six futuristic dystopian sci-fi series. After finishing the first two books, I decided I wanted to write about the catalyst that took Reese, one of my important characters, back to Dallastar near where she grew up and where the series really begins. This is the case that almost got her killed and eventually led to events that in subsequent books reunites her with her childhood crew from Welfare Colony 6, otherwise known as the Coop (after the cramped conditions and chickens they raised there for extra food).

You can read this story either before or after the other books in the series—it doesn’t have spoilers. If you are new to my series, keep in mind that this short piece won’t contain the intricacies of the much longer novels, but I hope it’ll give you a taste of my post-apocalyptic world. Enjoy!