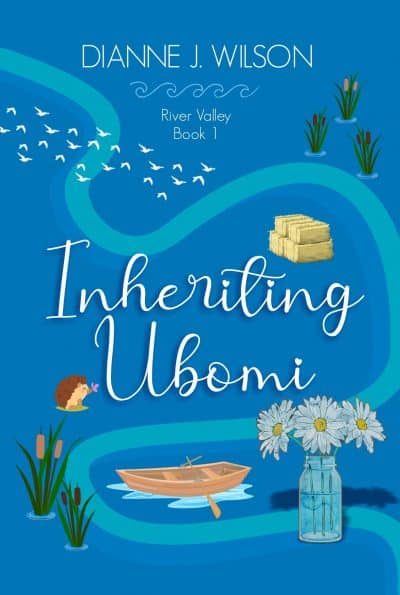 Take a city-girl full of God-given dreams (with a crippling cow phobia), throw in a ranch full of cows, a hunky cowboy and a generous billionaire. What could possibly go wrong?

City-girl Sophie is thrilled to inherit her Grandpa’s ranch. There’s only one problem—she’s terrified of cows.

When a run-in with her boss leaves Sophie’s journalism career in tatters, she trades the high life of Cape Town for her inheritance and a God-given dream—an old cattle ranch smack in the middle of River Valley, a small town nestled along the eastern coast of South Africa.

She soon discovers that it’s one thing for a city-girl to attempt to run a cattle ranch, quite another to keep it going through a drought, and virtually impossible when you harbor a secret cow phobia. Sophie needs help fast.

On one hand, there’s Benjamin Coleman, a cowboy straight off a ranch in the USA. Benjamin isn’t scared of cows, he’s a hard worker and throws himself into the demands of the ranch, refusing any payment.

Sophie needs him, but can she trust a man so full of secrets?

Then there’s her neighbor, self-made billionaire, Carter Shaw. He offers to fund her ranch operations, his only condition is that she has dinner with him once a week. Simple, right?

Sophie needs him too, but can’t bring herself to trust there aren’t strings attached to his generosity.

Can Sophie brave the cows, launch her dream, keep the two guys from clobbering each other and come out with her heart in one piece?

(Previously released as No Cows, Please)

“… I’m now waiting for the next in series book. Eagerly!”