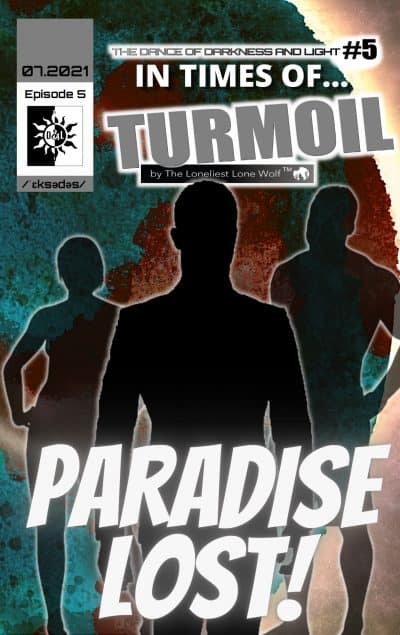 by: The Loneliest Lone Wolf

Desperate people have always tried to run away from their fates . . . But this time. . . .can an entire Realm escape its collective fate?

TO FIGHT AND DIE, OR TO FLEE AND LIVE . . .TIME TO CHOSE BETWEEN DEFENDING THE REALM, OR SAVING ITS PEOPLE!

After the explosive revelations of Episode 4, brace yourself for what comes next… when the saga continues as the confused Sovereign leadership toys with the idea of what to do next while an unstoppable force is already at their doorstep…

DESTINIES WERE CHANGED . . .WHEN PAST & PRESENT COLLIDED! BUT WHAT HAPPENS NEXT?

Can Ash do something to influence Tendrick, The Sovereign Head who has been receiving conflicting advices from his advisors, to initiate an exodus event and leave everything behind? Or will Tendrick decide on following his instincts by deciding to stand his ground till the bitter end?

Will Kerbero reach Realm 9 in time to rescue Dimitri and his troops from their misadventure? What role will all the candidates from Realm 9 play when their own homes go up in flames? And is The Fade Horde really there to summon The Shade?

In Times of TURMOIL!