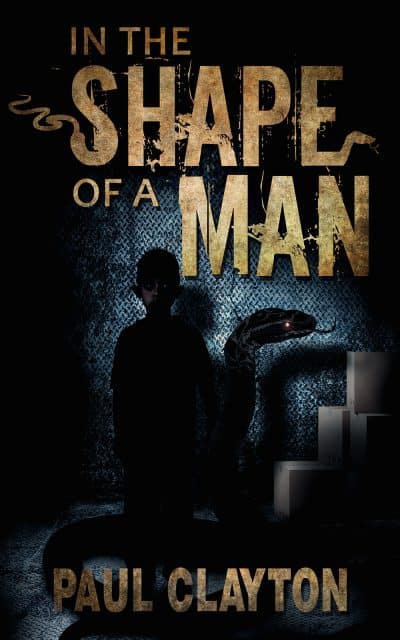 In the Shape of a Man

Paul Clayton’s “In the Shape of a Man” follows two families in turn of the century 1999 San Francisco Bay Area. It is a story about moderns and ambivalence, about the cowardice of not standing up for right. That is at the heart of our culture’s challenges today.

On the border between the necropolis of Colma, home to over two million dead souls and 1,794 somewhat live ones—and the gritty industrial working-class town of South City—

At 1015 Crestview, little seven-year-old Reynaldo cowers under the escalating abuse hurled by an adoptive mother who now sees him as a burden.

Allen, a workaholic Silicon Valley techie, seeks relief from domestic conflict by slipping away to sample the sweet brews at McCoy’s, a mysterious pub and Hell’s Angels hangout.

Up the street, young adults Rad and Tawny drift between the worlds of skateboarding and community activism, free love and commitment. Sampling Buddhism and squabbling with the relatives, they avoid thinking about the 15-foot Burmese python in their garage.

Does evil exist? Is it still with us? How would it manifest in modern life? This genre-bending novel of alienation and betrayal suggests that evil, as well as redemption, can come In the Shape of a Man.

Paul Clayton is the author of Carl Melcher Goes to Vietnam , which was short listed for a 2001 Frankfurt eBook Award, along with works by Joyce Carol Oates and David McCullough.