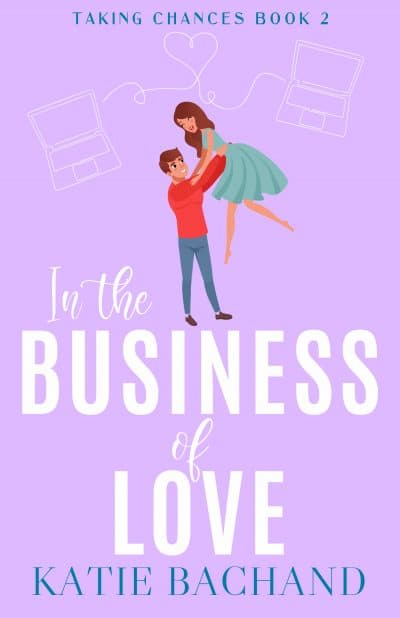 In the Business of Love (Taking Chances Book 2)

She doesn’t believe in love. He’s been in love with her since the moment she walked through his door. If you like savvy heroines, hunky heroes, and snappy dialogue, then you’ll adore Katie Bachand’s smart and sexy romp.

She doesn’t believe in love.

He’s been in love with her since the moment she walked through his door.

Now they’re finding they need each other to get through the summer. She strikes up a business deal that should get them through the next three months, but he’s hoping to make it a lifetime commitment.

Brilliant tech mogul Casey Saunders believes in three things: technology, science, and that she’s never going to make the same mistake her parents did by falling in love.

Unfortunately, her meal ticket and thriving matchmaking company doesn’t care she’s trying to avoid love. They want to feature their founder and her boyfriend in a new marketing campaign.

What they don’t know is, for three years, Casey’s been keeping her make-believe boyfriend perfectly hidden. It looks like she can’t deny love any longer. She needs a boyfriend, and she needs one fast.

Travis Maven’s, the handsome, inconsolable man who hired her for her computer prowess, seems as good a choice as any. What Casey doesn’t know is that he’s been in love with her for just as long as he’s known her.

With a quick business deal in place, can Casey and Travis both get what they want? For her, a temporary fix, and for him, a lifetime commitment?