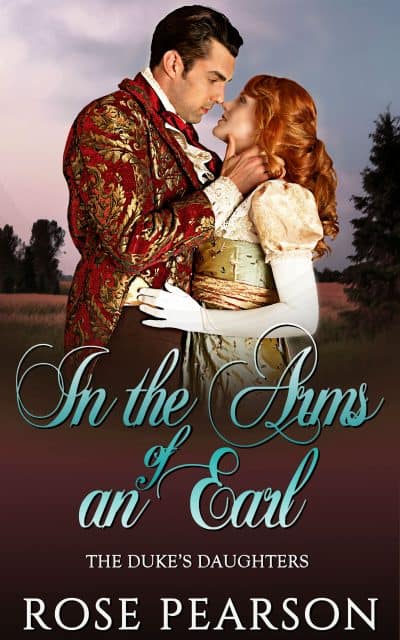 In the Arms of an Earl (The Duke's Daughters Book 4)

Harmonia, the youngest of the Duke’s daughters, must marry quite soon. But who can she trust? Will it be Luke, the cousin that will not go away? Or perhaps Phillip, a new Earl, who she knows nothing about? Find out her exciting path to love and marriage!

The youngest daughter of the Duke of Westbrook, Harmonia Seaworth is gentle, beautiful, and sweet. She has never expected her life to be anything but ordinary and, as the last daughter left at Seaworth Manor, had thought it would consist of nothing more than caring for her ailing father and watching her sisters’ children grow.
Surely she wouldn’t be expected to find a husband before her father’s passing as well.

But it seems her father’s dying wish to see his daughter’s married well before he passed extended to her too. Only, left on her own, she isn’t exactly the type to foster a social life helpful in finding a suitable husband.

As always, her father, the Duke, is more than ready to see to things himself. Equally as common, as it seems for the Seaworth sisters, is that just as she relents to settle for the quickest and easiest match, the least likely suitor comes her way to make her feel things she never thought she could.

Now, pursued by Luke Seaworth, a distant cousin, Harmonia finds herself inadvertently falling into the arms of Philip Marshal, the newly instated Earl of Swansea.
But can she trust Philip?

Or is all that she has been told about him true? And what about her father’s wish to see her wed to Luke?

Could he really be as terrible as Philip says he is, or is Philip the real rake, out to take advantage of her and the possible passing of her wealthy dying father?