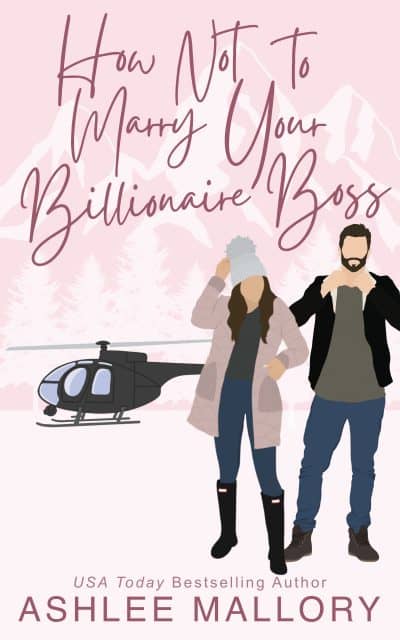 If being stranded in a snowy mountain lodge with a sinfully sexy pilot sounds too good to be true . . . you’d be absolutely right.

Flying to snowy Montana for my best friend’s wedding is the last thing I want to be doing when I have a big promotion on the line at work.

Being stranded in a snowy Montana lodge in the middle of nowhere even less.

Even if I am stranded with a sexy-as-sin pilot who tempts me with all-night gaming marathons, afternoon snowball fights, and intimate dinners for two.

And did I mention that kiss?

I’m just getting used to the idea that maybe what happens in Montana doesn’t have to stay in Montana when I learn the truth of who this guy is.

Not when my best friend happens to be the grandmaster in an infamous marry-a-billionaire scheme.

Now the guy thinks the whole thing was a setup from the start.

Returning to work and moving on from my heartache might be harder than I thought.

Because he’s still my boss. Something he’s not ready to let me forget…