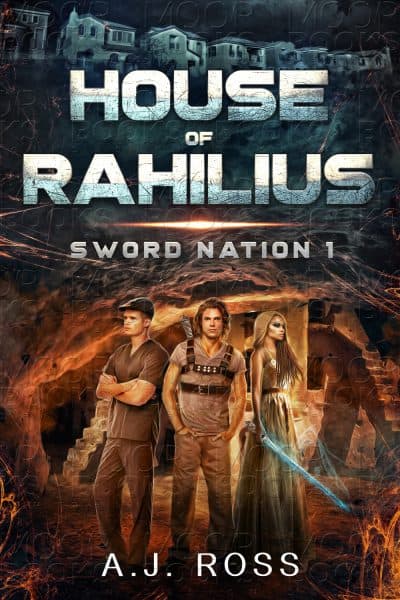 Three Worlds. Three planets. Three paths. A hero, a warrior, and a rebel unite against an Empire in this science-fantasy romance series.

Earth turns against humanity, forcing them to comb through nearby galaxies in search of salvation. In the Diamant Galaxy, they discover three already inhabited planets with atmospheres that can support human life. Negotiations start. Contracts are signed. And carriers shuttle thousands from Earth to one of the three planets.

But salvation has its price, some more costly than others. Rahilius, the Prime Minister and infamous pirate, enslaves the unsuspecting refugees on his planet, Kayora.

When the princess of planet Graiis becomes eligible for marriage, seventeen year old Lincoln Wolfe joins the HLEC (Human Life Enhancement Council) so he can petition for her. After joining the council, he learns that a ship has landed on Graiis carrying passengers fleeing their enslavement on Kayora. Ultimately, the council decides not to risk diplomatic relations with Kayora by interfering with the Prime Minister. Lincoln disagrees and defies a direct order from the leader of the council—with disastrous consequences.

The ruler on Graiis is murdered, the princess is kidnapped, and Rahilius declares war!

To stop him, Lincoln must rise up and become the hero he’s always wanted to be. With the help of a Warrior and a Rebel, he will journey to Kayora with just one goal: Killing Rahilius. Unfortunately, the prime minister is much more than he seems . . .