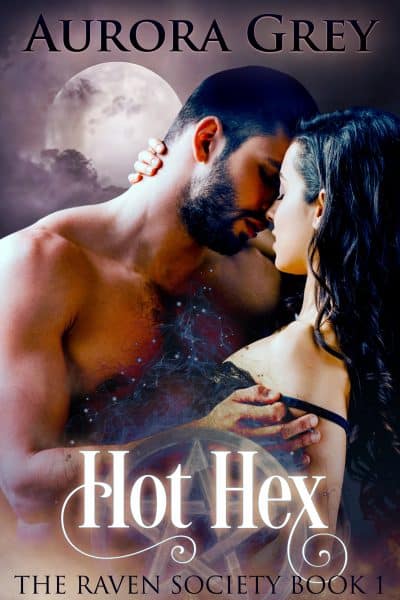 She’s a new witch learning to control her powers. He’s a dragon shifter with a centuries-old vow to destroy her coven.

Rowan Stonecroft finds out her aunt was murdered a week after she divorces her cheating ex. She’s the sole inheritor of her aunt’s vast estate . . . and that means taking her place in the Raven Society, an international coven of witches. Which is pretty shocking considering she didn’t even know magic existed.

She’s determined to find her aunt’s killer, but that means pairing up with the gorgeous, brooding dragon shifter in town. And there’s a huge problem with that: he hates witches, and after everything Rowan’s been through in the past, he’s the last person she can trust.

Xander Cole has lived the centuries alone. Alone and perfectly content, from knight to Revolutionary soldier to blacksmith, watching over his territory and ensuring the witches don’t wreak havoc. But when the danger comes, it’s not from the witches. It’s from a demonic murderer picking them off one by one.

Newcomer Rowan is not helping matters. She’s as dangerous as they come, a new witch blazing with power. Especially because one look at her, and his inner dragon decides she’s the only one who can satisfy his soul. But he swore an oath to destroy the Raven Society, and a man is nothing without honor.

Unfortunately, Xander isn’t the only one with his sights set on Rowan: she’s the killer’s next target. If these two enemies can’t put aside their differences, they’ll lose everything, including their last chance at love.